So Los Angeles rents have wiggled their way up yet again from the last quarter, with the median rent for all units now hitting $1,865, says the third quarter data out from rental site Lovely. The median had fallen a bit in the second quarter (to $1,795), but now it’s up higher than before (at $1,850 in the first quarter); more glaringly, that number represents a sizable 10.36 percent increase over the median rent for the same time last year. (That’s three times the increase that San Francisco’s notoriously insane rates saw this quarter; there’s less room to grow there.) One bright spot: studio units are actually cheaper than they were this time last year, although still more expensive than they were last quarter. Later this week we’ll look at the neighborhood-by-neighborhood, but it’s no shocker that Bel Air, Pacific Palisades, and Venice are all in the top five.

A stagnant economy has largely suppressed the aspirations underlying the American Dream for many consumers in recent years and appears unable to deliver on the promise of a better future. But the recession mindset is receding and pent-up aspirations are coming to a boil. Now, consumers are finding inspiration for their aspirations in the wave of digital technologies that are creating sweeping cultural change. 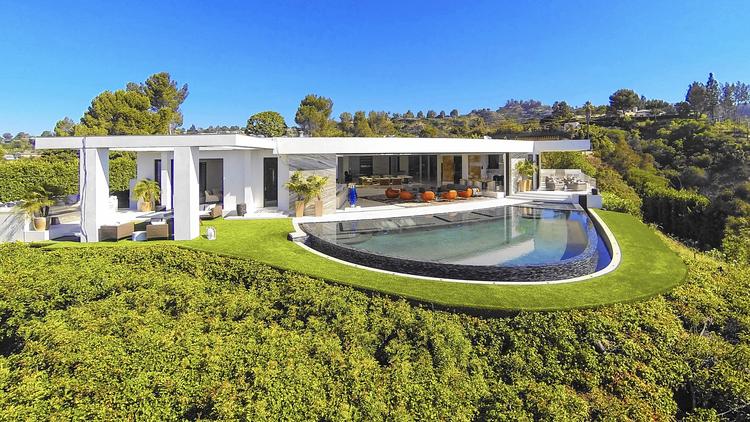 L.A.’s appeal among techies is spreading beyond the mega-rich, with tech industry buyers from Silicon Valley spending more and more time in the Southland/L.A. — and snapping up real estate here. They include Facebook and EBay executives as well as angel investors and start-up entrepreneurs.

“We’ve seen an uptick in buyers from the technology industry over the last several years — some moving to Los Angeles and some buying second homes here, as a kind of peaceful retreat,” said Charles Black, executive vice president of marketing and strategic development at Hilton & Hyland.

Those who have put down roots in L.A. cite a mix of personal, financial and work-related reasons: Compared with the Bay Area, the weather is warmer and the lifestyle more laid-back. With San Francisco home prices at staggering highs, SoCal means more space for less money.

And with a growing tech scene, plus the lure of tech-entertainment content partnerships in Hollywood, there’s more business to do in L.A. In 2014 the Los Angeles-Long Beach region broke into the top five metropolitan areas by venture capital investment for the first time, with 171 deals totaling $2.05 billion, according to the National Venture Capital Assn., whose records go back to 1995. Keep Reading…